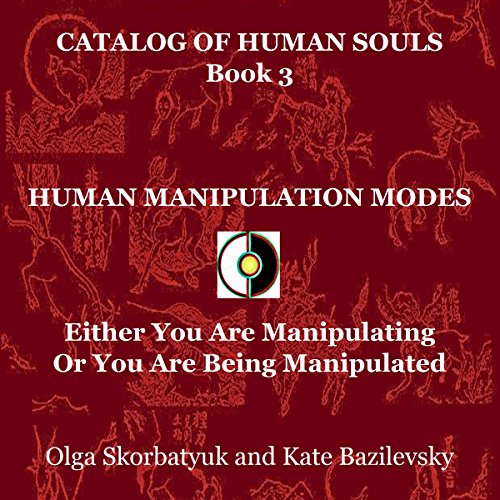 Human Manipulation Modes: Either You Are Manipulating or You Are Being Manipulated

Do you think that no one can control you? Well, we sincerely feel sorry for you, because it means that you do not know anything about natural manipulation modes.

Manipulation modes are the "factory settings" of Mother Nature itself; they are built in to the structure of psyche of Homo sapiens at the level of instincts and unconditioned reflexes - meaning inborn reactions of an organism to certain influences of the external or the internal environment. Manipulation modes are implanted in the unconscious part of human psyche since birth.

Any representative of the biological type Homo sapiens has three of these modes: suppressing, balancing, and stimulating. Originally, they are modes of self-correction and self-regulation intended to ensure that a human could regulate the state of his psychophysiology and behavior from within himself. However, as it turned out, if you know natural manipulation modes of an individual and transmit them toward him or her from the outside, then he or she becomes 100 percent controllable, like a robot machine.

It is impossible to notice the application of natural manipulation modes. The influence bypasses the consciousness and intellect of the subject of manipulation. No one is able to notice the transmittance of natural manipulation modes toward him or her, regardless of his or her professional skills, educational level, life experience, and intuition, as these modes are an inherent part of the individual structure of human psyche. They are his or her own native, which is called "closer than skin".

The unprecedented power of this tool and its effectiveness are probably due to the fact that it is nature's creation. Nobody invented or developed manipulation modes.

Information about this natural mechanism and practical tool for managing a human are of a very archaic origin. Both were accidentally found by a Russian researcher-sinologist, Andrey Davydov, while he was studying one very ancient source. The title of this source is Shan Hai Jing (Catalog of Mountains and Seas).

Das sagen andere Hörer zu Human Manipulation Modes: Either You Are Manipulating or You Are Being Manipulated

I've made it more than 50% through the book and it still is trying to advertise itself, other books in the series, and a website.

it feels like it spends the book trying to "sell me" on it, rather than actually teach me something.