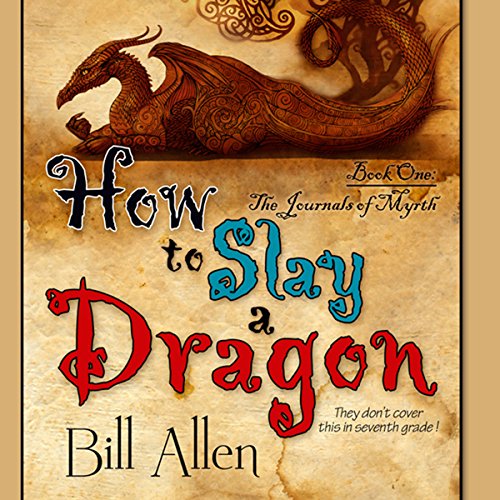 How to Slay a Dragon

Ruuan is a very large dragon. Twelve-year-old Greg Hart can't slay a dragon. He'd be lucky to win a fight against one of the smaller girls at school. But now the magicians of Myrth have mistaken him for a legendary warrior, so they've yanked Greg into their world of sorcery and danger. Nothing will stop the people of Myrth from believing Greg will rescue King Peter's daughter from Ruuan the dragon. After all, Greg has been named in a prophecy, and no prophecy has ever been wrong before.

BILL ALLEN may be described as an unusual man who has accomplished an unusual many deeds. In fact, it has been said that if you total up all the things he claims to have done, he cannot possibly be less than 700 years old. No one knows if this is true. All we know for certain is that for many of those years he's been living in Florida with his wife, Nancy, writing software by day and, well, mostly sleeping by night. Every now and again he writes stories, too. Visit him at www.BillAllenBooks.com.

Das sagen andere Hörer zu How to Slay a Dragon