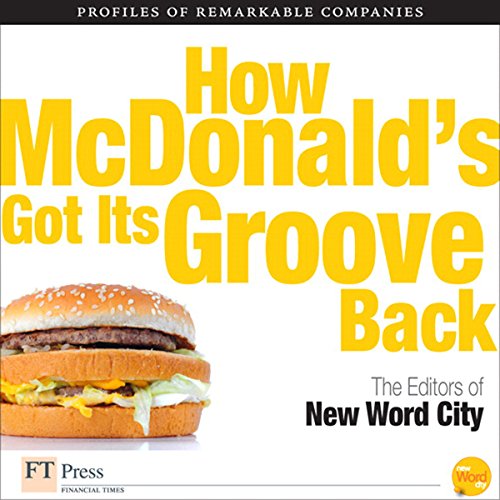 How McDonald's Got Its Groove Back

How McDonald's Got Its Groove Back

How did the lumbering fast-food giant McDonald's cure its own sclerosis and become a newly lean, hungry competitor? Its comeback offers lessons for leaders everywhere in focusing on what their customers really want. For example, don't react to competitors, react to customers. When you broaden your market appeal, don't abandon your first customers. Don't skimp on product development.

McDonald's hit bottom early in 2003. Sure, it was still the biggest fast-food provider in the world. But the stock collapsed after the company reported its first-ever quarterly loss. Battered by critics, nibbled at by new competitors (Subway, Sonic, Quiznos), undermined by overbuilding and a failure to adapt to changes in consumer habits and tastes, the giant was out of breath and sagging over its belt. Behind the scenes, though, a turnaround had begun. A new team of leaders was out to rejuvenate the core brand, shed irrelevant activities, and adjust McDonald's operations to what the customer really wanted.

The story of how they did it holds copious lessons for any business faced with bringing new life to a lagging brand. It demanded changes in every phase of a worldwide enterprise with $23 billion in sales, 31,000 restaurants, and fully 1.6 million employees.

Das sagen andere Hörer zu How McDonald's Got Its Groove Back