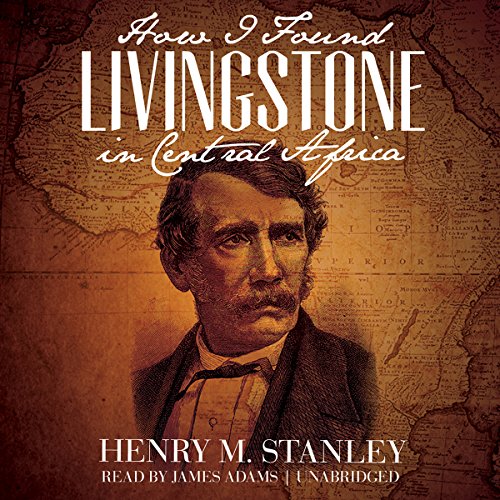 How I Found Livingstone in Central Africa

This riveting history is a firsthand account of the long and arduous search for one of the greatest explorers of the 19th century. Journalist and adventurer Henry M. Stanley was known for his search for the legendary David Livingstone, and their eventual meeting led to the popular quotation "Dr. Livingstone, I presume?"

A real-life adventure story, How I Found Livingstone in Central Africa tells of the incredible hardships - disease, hostile natives, tribal warfare, impenetrable jungles, and other obstacles - faced by a daring explorer. This must-have account also includes a wealth of information on various African peoples.

Henry M. Stanley (1841-1904) was a Welsh journalist and explorer. After doing freelance journalism, he joined the New York Herald and in 1868 accompanied an expedition to Abyssinia. He also visited Egypt, Palestine, Turkey, Persia, and India. He is most famous for his exploration of Africa and his search for David Livingstone, whom he met in Tanganyika.