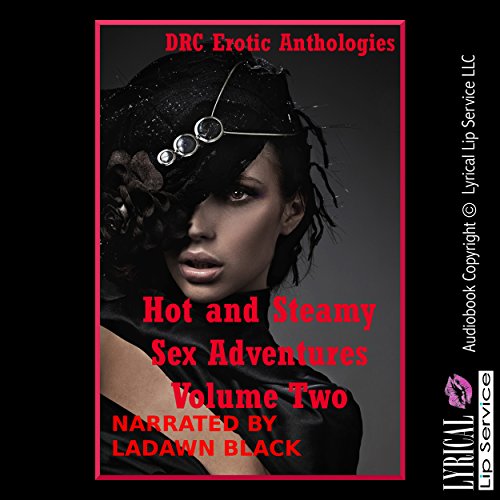 I'd been a big fan of Wretched Grace for as long as I could remember, and when the opportunity came to sneak into their hotel room and see them before the concert, there was no way I could resist. It was a hell of a lot easier to get past security than I could have imagined but I was in for a big surprise. I got through because the security guard thought I was there for an altogether different reason. So did the band. I found out when I was suddenly on my knees and they were switching off in my mouth! I got gangbanged by my rock idols, and as if that weren't enough, there were some roadies who joined in!

That's only one of the sexy tales you'll find in this collection.

Here are the rest of the stories!

2. "Carmen, Terry, the Stranger, and Me (Two Girls and Two Guys...So How Did I End Up with Double Penetration?)" by Tanya Tung

3. "Doubling Down at the Ranch (The Double Penetration of a Cowgirl)" by Brianna Spelvin

I ended up at a bus station in the middle of the night, and it would have been horrible if the only other person there, a hunk of a guy named Frank, hadn't kept me company. You know how you sometimes tell complete strangers things when you're travelling? Well, I guess I went a bit overboard and when Frank found out that I'd never been sexually satisfied, he decided it was high time for somebody to take care of that. Who would have thought he'd try to give me my first orgasm right there in public with rough sex? And who would have thought he'd be headed for my ass and not my pussy! Could first anal sex get me off when nothing else had?

Joey and Luigi were two of the biggest braggarts at the office, and I guess I was pretty stupid for wanting to put them in their place. After all, they were braggarts but they were also brilliant salespeople. I don't know what came over me but I made a bet. Of course I lost. The stakes? Me. Anything goes. It was a humiliating situation but I was determined to get it done as quickly as possible, deal with the humiliation, and start polishing off my resume. When it came time to pay up, it was so much more than I'd thought it would be. This bet cost me my ass! It was my first anal sex while I was already filled up! Who would have though double penetration would be my penalty for losing the sales contest?