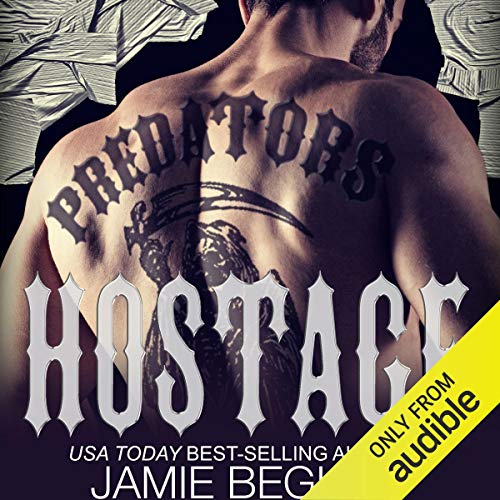 The Enforcer's Oath: Protect the club at all costs.

Jackal made an enemy out of Penni when he kidnapped her years ago. He let her go, never imagining she would take a piece of his soul with her. Now, protecting Penni against a former brother will force him to place the club against her once again.

She may be the hostage, but he's the one held captive by the lust she refuses to admit binds them together.

She thinks The Last Riders and another man will be all the protection she needs to end the tug-of-war between them. However, he's never lost a battle, especially against a tiny blonde with an attitude, begging him to teach her that her place is under him.

To end the battle, he's going to have to reclaim the piece of soul she stole from him or claim a part of her soul as prisoner.

When a predator takes you hostage, you're his forever.

Warning: This work of fiction is intended for mature audiences only. All sexually active characters portrayed in this book are 18 years of age or older. Please do not buy if strong sexual situations, multiple partners, violence, drugs, child abuse, domestic discipline, and explicit language offend you.