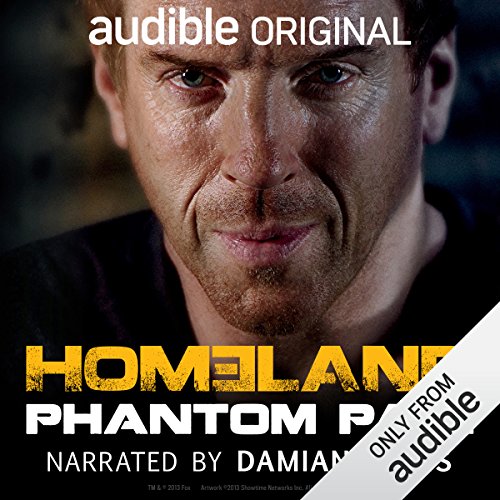 Emmy Award-winner Damian Lewis, who stars as Former Congressman and U.S. Marine Sergeant Nicholas Brody in the hit series Homeland, narrates this original Homeland story of Brody's journey into exile. Picking up at the end of Season 2 after he has parted from Carrie at the border, Brody relates, in the form of a letter to Carrie, his desperate escape by sea and land as the world's most-hunted fugitive. Guided off the grid by a former CIA analyst and a battle-scarred French mercenary, he stays in the shadows...both physically and emotionally. But wherever he goes and whoever he meets, he cannot stop thinking about Carrie.

This powerful audio-only story is the perfect complement to your Season 3 viewing, and a great way for current and new fans to get to know what drives one of the most fascinating characters on television.