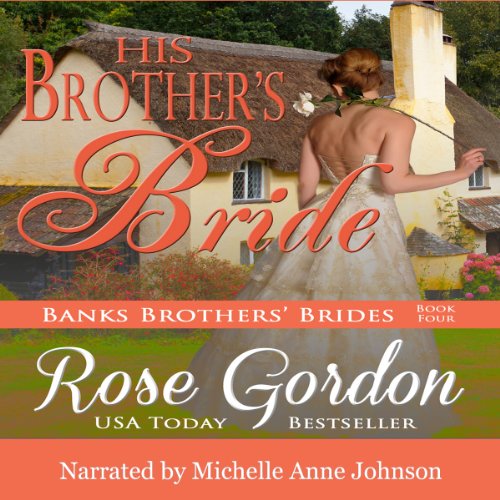 While traveling around America, Elijah Banks makes a promise he's unable to keep. So to guard his family's name and his sister-in-law's feelings, Henry Banks tells this beautiful stranger that he is the brother she seeks and impulsively agrees to marry the stunning beauty who introduces herself as Elijah's intended.

It might have been a while since she'd last seen the twins in New York, but she knows it's Henry who is claiming to be Elijah - she just doesn't care. One Banks brother is as good as the next, as far as she's concerned. Her near ensnarement of and marriage proposal from Elijah was just part of her plan to seek revenge on their family, but Henry will suffice just as well.

When Elijah and his new wife return from their recent trip to Italy, he has a lot of explaining to do. Especially, when, for the safety of his entire family, he has to reveal what he knows about this American beauty: including her plan for revenge. Everything from his carefree manner to his genuine gestures is a stark contrast to the man she'd been married to before. But when her opportunity to seek revenge presents itself, she must decide if it's revenge she longed for, or the love of a good man, because even she knows she can't have both.