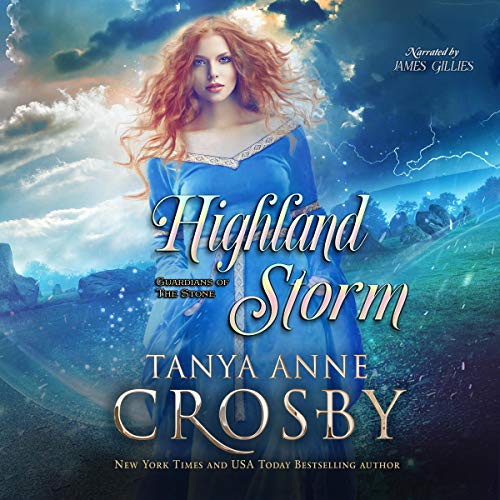 A Storm is Brewing.

As the last male heir of the dún Scoti clan, Keane dún Scoti's future is known from the hour of his birth: Someday, he must take his brother's place as Guardian of the True Stone of Destiny. But alas, the fickle Highland winds must turn.

To quell a looming rebellion, David mac Maíl Chaluim commands the marriage of a granddaughter of MacBeth to deMoray's new laird, a man rumored to be as dangerous and conniving as his father.

A Kiss to Change the Fates.

Lianae of Moray seeks protection with Keane dún Scoti, and for a moment shared, a stolen kiss and the chance to hold his own fief, the last Pecht prince will turn his back on kith and kin, fulfilling a destiny only the ancient seer has foreseen...

Rich with history and lore, Highland Storm continues the story that began with Highland Fire and left off with Highland Steel. This is book 3 of the Guardians of the Stone series.