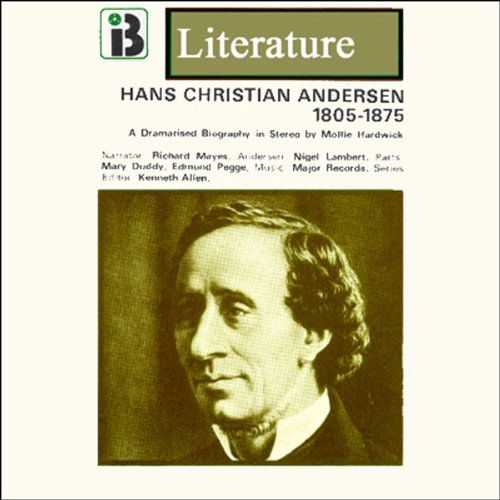 The creator of countless fairy tales, Hans Christian Andersen (1805-1875) has his biography dramatized by Mollie Hardwick.

We first hear Andersen waxing rhapsodically about his childhood in the town of Odense, Denmark. We see him attempt to forge a career as an actor and singer in Denmark. The starving performer, who is jilted by a woman who chooses another man, begins writing stories that will eventually catch the world’s attention. The adaptation follows Andersen as he becomes acquainted with other literary giants like Charles Dickens and Elizabeth Barrett Browning.

Between narrated passages covering key events in his life, Hans Christian Andersen deftly dramatizes the writer’s inner thoughts and scenes from his now-legendary fairy tales in an entertaining, edifying manner.

One of the best-known and loved storytellers of all time. Like the "Ugly Duckling" of one of his most famous stories, Hans Andersen was an ungainly and clumsy youth. He sought solace in his real and wonderful gift for imaginative writing. This enthralling programme is gripping, romantic, funny, sad, and compelling listening throughout.
©1975 Mollie Hardwick (P)1975 Ivan & Inge Berg
Unterhaltung & Stars
Mehr anzeigen Weniger anzeigen