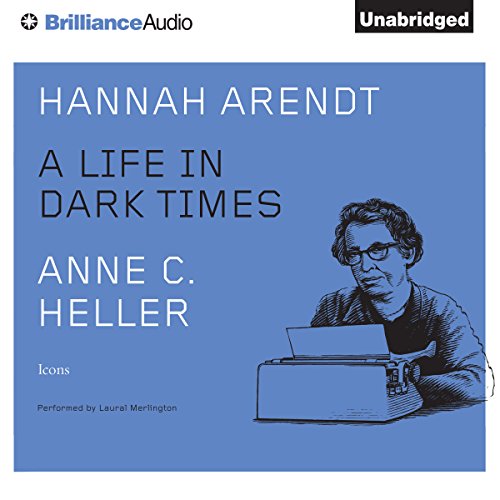 Hannah Arendt, one of the most gifted and provocative voices of her era, was a polarizing cultural theorist - extolled by her peers as a visionary and denounced by others as a fraud. Born in Prussia to assimilated Jewish parents, she escaped from Hitler's Germany in 1933 and became best known for her critique of the world's response to the evils of World War II.

A woman of many contradictions, Arendt learned to write in English only at the age of thirty-six, and yet her first book, The Origins of Totalitarianism, single-handedly altered the way generations of Americans and Europeans viewed fascism and genocide. Her most famous - and most divisive - work, Eichmann in Jerusalem: A Report on the Banality of Evil, brought fierce controversy that continues to this day, exacerbated by the posthumous discovery that she had been the lover of the great romantic philosopher and Nazi sympathizer Martin Heidegger.

In this fast-paced, comprehensive biography, Anne Heller tracks the source of Arendt's apparent contradictions and her greatest achievements, from a tumultuous childhood to her arrival as what she called a "conscious pariah" - one of those few people in every time and place who don't "lose confidence in ourselves if society does not approve us" and will not "pay any price" to win acceptance.