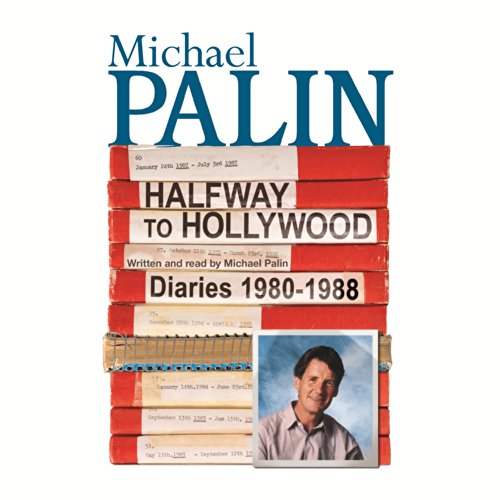 The second volume of Michael Palin's diaries covers the 1980s, a decade in which the ties that bound the Pythons loosened as they forged their separate careers. After a live performance at the Hollywood Bowl, they made their last performance together in 1983 in the hugely successful Monty Python's Meaning of Life.

Writing and acting in films and television then took over much of Michael's life, culminating in the smash hit A Fish Called Wanda, in which he played the hapless, stuttering Ken (for which he won a BAFTA for Best Supporting Actor), and the first of his seven celebrated television journeys for the BBC.

He wrote much of the dialogue and acted in Terry Gilliam's Time Bandits and acted in his next film, Brazil. He co-produced, wrote and played the lead in The Missionary opposite Maggie Smith, who also appeared with him in A Private Function, written by Alan Bennett. For television he wrote East of Ipswich, inspired by his links with Suffolk.

With Terry Jones he updated an earlier volume modestly retitled Dr Flegg's Encyclopaedia of All World Knowledge. His family remains a constant as his and Helen's children enter their teens. The decade - and this volume - ends with the hugely successful Around the World in 80 Days, which sees the start of a new career.