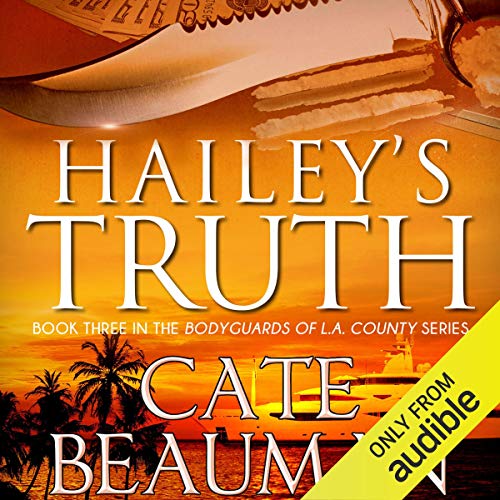 NOTE: While listening to the series in order is recommended, it is not necessary. Each story is a standalone title featuring new primary characters with limited overlapping secondary characters.

Hailey Roberts has never had it easy. Despite the scars of a tragic childhood, she's made a life for herself. As a part-time student and loving nanny, she yearns for a family of her own and reluctant Austin Casey, Ethan Cooke Security's best close protection agent.

Hailey's past comes back to haunt her when her long-lost brother tracks her down, bringing his dangerous secrets with him. At an emotional crossroads, Hailey accepts a humanitarian opportunity that throws her together with Austin, taking her hundreds of miles from her troubles, or so she thinks.

What starts out as a dream come true quickly becomes a nightmare, as violence erupts on the island of Cozumel. Young women are disappearing, community members are dying - and the carnage links back to her brother.

As Austin struggles to keep Hailey's past from destroying her future, he's forced to make a decision that could turn her against him, or worse, cost them both their lives.