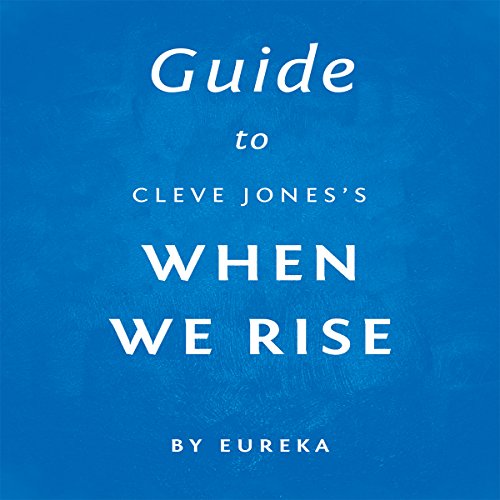 Guide to Cleve Jones's When We Rise

Please note: This is a companion to the book and not the original book.

Guide to Cleve Jones's When We Rise.

When We Rise: My Life in the Movement (2016) is a memoir by Cleve Jones, a leading activist in the gay rights movement. Based mostly in San Francisco, Jones was instrumental in the fight for gay civil rights that began in the mid-1970s. Jones's story traces his childhood, his evolution as an activist, the assassination of gay political leader Harvey Milk, the harrowing onset of the AIDS epidemic, his personal battle with HIV, and his role in raising AIDS awareness....