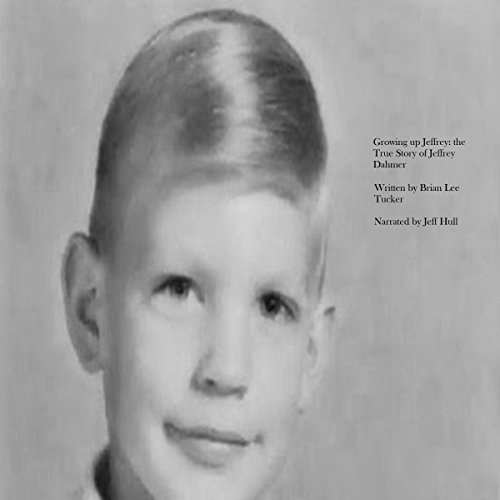 "I couldn't find any meaning in my life when I was out there. I'm sure as hell not going to find it in here. This is the grand finale of a life poorly spent and the end result is just overwhelmingly depressing...it's just a sick, pathetic, wretched, miserable life story, that's all it is. How it can help anyone, I've no idea," quotes serial killer Jeffrey Lionel Dahmer upon his capture. It's too bad he didn't consider this before he killed 16 young men and dismembered their bodies - keeping souvenirs and eating some of them. What was it that set Dahmer off? What happened to him in childhood that left him so bruised and broken?

In the book, Growing Up Jeffrey: The True Story of Jeffrey Dahmer, author Brian Lee Tucker examines Dahmer's life from the other side of the coin, from his early childhood to his teenage years to his first murder - seen through the eyes of a young man who, feeling as though he had never been a part of anything normal and loving, kept his inner demons bottled up inside until he couldn't fight the urges he'd kept at bay too long, and exploded in a frenzy of sexual violence, murder, and unadulterated evil, his deviant sexual appetites finally satisfied - until he became lonely again.

Bonus material: an excerpt from Chameleon: The True Story of Ted Bundy.