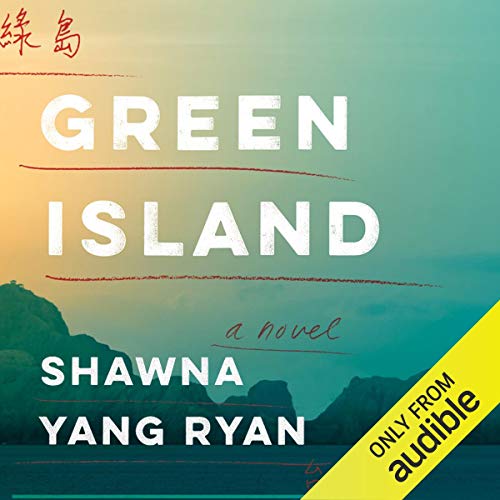 A stunning story of love, betrayal, and family set against the backdrop of a changing Taiwan over the course of the 20th century.

February 28, 1947: Trapped inside the family home amid an uprising that has rocked Taipei, Dr. Tsai delivers his youngest daughter, the unnamed narrator of Green Island, just after midnight as the city is plunged into martial law. In the following weeks, as the Chinese Nationalists act to crush the opposition, Dr. Tsai becomes one of the many thousands of people dragged away from their families and thrown into prison. His return, after more than a decade, is marked by alienation from his loved ones and paranoia among his community - conflicts that loom over the growing bond he forms with his youngest daughter. Years later, this troubled past follows her to the United States, where, as a mother and a wife, she too is forced to decide between what is right and what might save her family - the same choice she witnessed her father make many years before.

As the novel sweeps across six decades and two continents, the life of the narrator shadows the course of Taiwan's history from the end of Japanese colonial rule to the decades under martial law and, finally, to Taiwan's transformation into a democracy. But, above all, Green Island is a lush and lyrical story of a family and a nation grappling with the nuances of complicity and survival, raising the question: How far would you be willing to go for the ones you love?

"Shawna Yang Ryan's propulsive storytelling carries us through a bloody time in Taiwanese history, its implications still reverberating today…Green Island is a tough, unsentimental and moving novel that is a memorial not only to the heroes, but also to the survivors." (Viet Thanh Nguyen, author of The Sympathizer)
"An intricate, gracefully told tale that blends war history, suspense and a woman's coming-of-age and beyond…The pages bloom with description, with a photolike sense of place…And throughout Green Island is an aching sense of the idea of home." (The Seattle Times)
"Absorbing and affecting, this powerful tale explores the bond between a father and daughter, the compromises they are forced to make, and the prices they pay in their quest for freedom." (Booklist)

Must read for travelling Taiwan.

Intriguing description of a women's life and is entanglement with the recent history of Taiwan. Definitely helped me understand and appreciate the Taiwanese country, culture and it's people just that much better when traveling through.