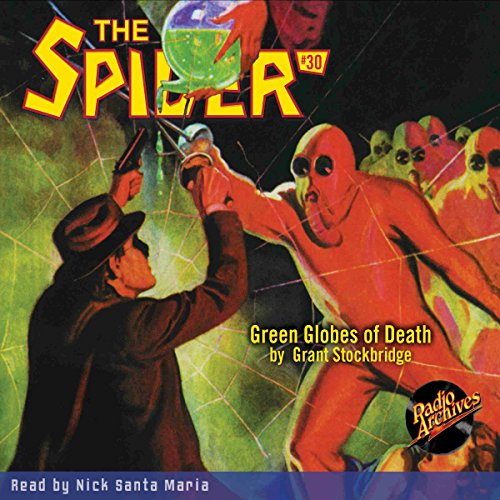 Richard Wentworth - who, as the swift-killing Spider, is the scourge of the Underworld - thought the Fly was dead. But once more that most formidable enemy had arisen, pillaging, slaying wantonly, armed with a ghastly new weapon, the Green Globes of Death! Ruthless and astute, heading a gigantic criminal syndicate, the Fly was butchering innocent persons only, it seemed, to see their red blood flow. It was with flagging hope and heavy heart that the Spider took up his newest battle with the preying jackals of crime!

Nick Santa Maria brings the Spider to vivid life in one of the most dramatic Spider stories ever recorded. "Green Globes of Death" originally published in The Spider magazine, March, 1936.