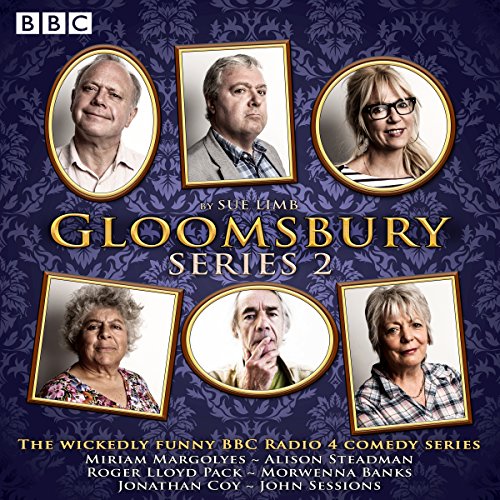 A stellar cast, including Morwenna Banks, Jonathan Coy and John Sessions, join in this affectionate send-up of the infamous Bloomsbury literary group, who dominated the English cultural scene in the early 20th century.

The series follows the fortunes of Vera Sackcloth-Vest - writer, gardener and transvestite - and her urge to escape from the tranquillity of the rather cramped little castle in Kent which she shares with her doting but ambiguous husband, who is "something in the Foreign Office".

Vera's heart is forever surging with exotic passion, either for Ginny Fox, a highly strung novelist who adores her, or the beautiful but shallow Venus Traduces.

As the scene shifts from Kent to London and Cornwall to Monaco, this close-knit coterie is divided by misunderstandings, jealousies and rows whilst the colourfully chaotic characters are joined by such sort-of familiar figures as DH Lollipop, TS Jellitot and Sigmund Void.