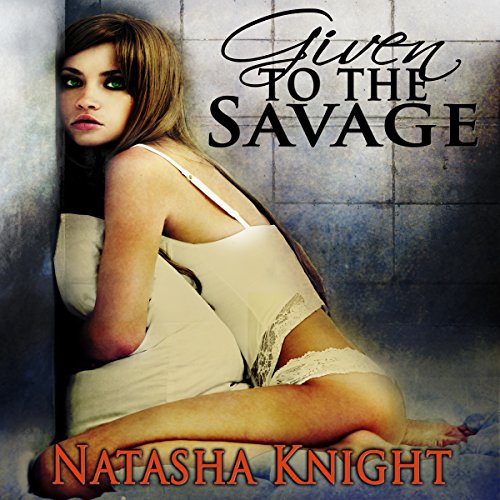 Given to the Savage

In the aftermath of a plague which brought civilization to its knees and left most of the world's female population sterile, the few women who remain fertile have become a precious commodity. They live in relative comfort, but upon reaching adulthood they must bear children to carry on the species.

Twenty-four-year-old Rowan knows the role she will be expected to play, but when she dares to resist her fate the penalty is severe. After a public chastisement and a thorough medical examination, Rowan is given to a savage from outside the community - a huge brute of a man named Silas.

Against all expectations, Rowan finds herself drawn to Silas. Brave and ruggedly handsome, he is everything the men she has known before were not - and despite the circumstances something deep inside her begs for him to claim her. But while she soon finds herself longing to be his forever, Rowan knows that one day those who gave her to him will try to take her back. When that day comes will Silas fight to keep her at his side even if it means risking everything he loves?

Das sagen andere Hörer zu Given to the Savage