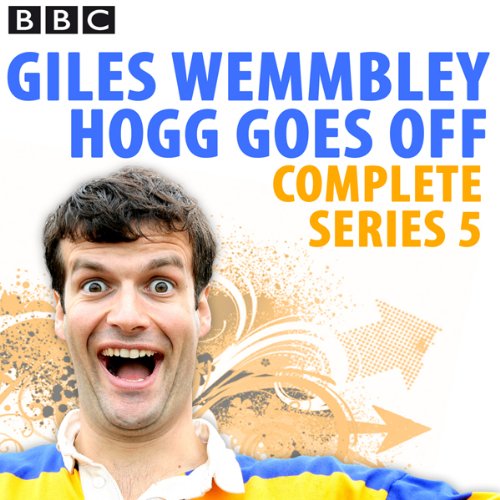 Welcome back Giles Wemmbley Hogg two M's, two G’s - Marcus Brigstocke’s classic character. Budleigh Salterton's most famous citizen has been grounded by both the Home Office and his father, so he's set up GWH Travvel ("two M’s, two G’s, two V’s - bit of a mix up at the printers").

Run from his bedroom in Budleigh Salterton, with the help of his long-suffering former Primary Schoolteacher Mr Timmis and the hindrance of his sister, Charlotte, it's a one-stop travel/advice/events management/Web-site service, where each week, his schemes range far and wide - whether it's roaming the country lecturing would-be overlanders on how to pack a rucksack ("If in doubt, put it in. And double it"), or finding someone a zebra for a corporate promotion ("I'll look in the phone book - how hard can it be? Now, 'A to D'".....), GWH Travvel stays true to its motto - "We do it all, so you won't want to". In short - Giles Wemmbley Hogg - each week he travels to far-off foreign lands and joins the exotic world of work. And each week, he makes a thumping great prat of himself....

In the first episode - featuring Rebecca Front - when an American mogul tries to buy up every last pebble in lovely Budleigh, Giles decides to run for mayor. Meanwhile his sister, Charlotte, goes on a tent protest....

In episode two - Giles has become mayor of Budleigh Salterton, but when he accidentally enters an Iron Man triathlon in Spain, he has to enlist the help of a tub of mysterious white powder and a donkey.... Plus this show features Mitch Benn (The Now Show) and his amazing Spanish accent!

In the fourth and final episode, Giles travels to Turkmenistan, where he meets some leftover post-Soviet rocket fuel. What could possibly go wrong? And how will he react to the world’s first weightless pastie?