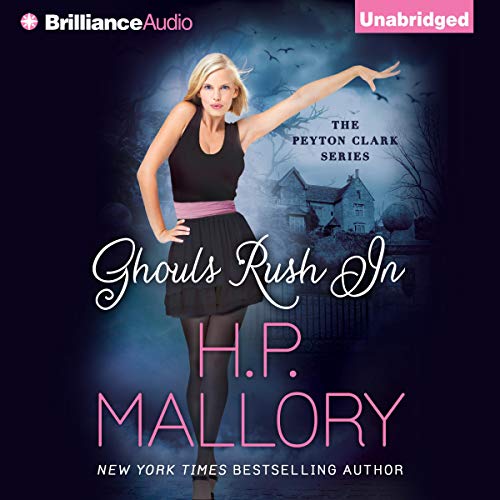 Do you believe in love after life?

Looking for a fresh start, Peyton Clark becomes the proud owner of a piece of New Orleans history: an Antebellum-era two-story house in the Garden District. It’s going to take time and a fat wallet to restore the fixer-upper to its former glory, but after her recent divorce, Peyton could use the distraction.

It’s not long before Peyton discovers she’s moved into the haunted home of a flirtatious paranormal prankster. She’s receiving kisses from unseen lips and caresses from a ghostly hand, and soon she begins to have vivid dreams, bringing her face-to-face with the incomparably handsome ghost of Drake Montague.

When Peyton grows closer to her general contractor, Ryan Kelly - who is as charming as he is alive - the chill in the air could only suggest Drake’s jealousy from beyond the grave. But even though she’s definitely attracted to and interested in Ryan, Peyton also can’t get Drake out of her dreams, or her heart, as she begins to uncover the frightening truth behind his death a century ago…