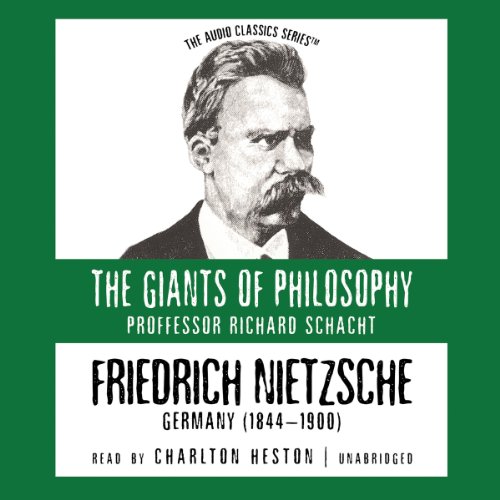 Nietzsche condemned nearly all of the religious and philosophical thought of his day to blunt terms (e.g., God is dead). He says the only reality is this world of life and death, conflict and change, creation and destruction. For centuries, religious ideas have given meaning to life in the western world; but as they now collapse, humanity faces a grave crisis of nihilism and despair.

The basic character of life in this world is to exhibit a primal tendency he calls "will to power". He glorifies those who are strong enough to face this reality: for they alone can live joyfully, without God and without any hope of ultimate salvation. The "overman" is his new ideal, the symbol of creativity incarnate.

Man is fundamentally only an animal that has developed in an unusual way. Yet a "higher humanity" can emerge if the most talented, creative, and strongest individuals flourish and prevail, rising above the life of the "common herd" that typifies mankind. Nietzsche rejects democratic ideals, believing that they ignore human differences and hinder the exceptionally talented.

Conflict, mastery, and creativity are essential to life and its development. The "will to power" brings about new forms of competition and superiority, as artists and other creative types pave the way for the "enhancement" of human life.