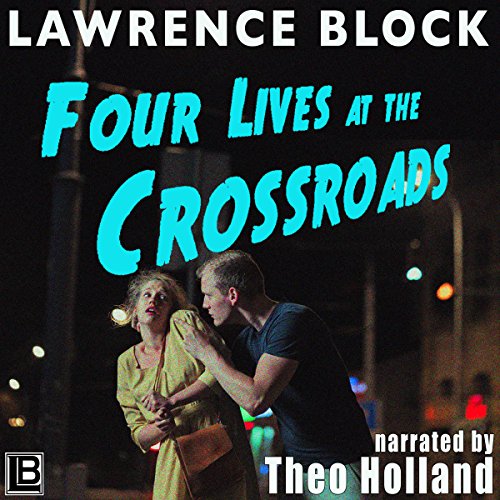 Four Lives at the Crossroads

Four Lives at the Crossroads is the latest addition to the Collection of Classic Erotica. But it came very close to being shoehorned instead into the Classic Crime Library.

Back in the late 1950s and early '60s, when I was finding myself as a writer and producing a great quantity of books under pen names, some of the books I wrote were as much crime fiction as they were erotica. Indeed, several of those titles by Andrew Shaw and Sheldon Lord have since been republished under my own name by Hard Case Crime and Subterranean Press - and subsequently astonished me by garnering respectful reviews. Borderline, Lucky at Cards, and A Diet of Treacle are examples, and so to a degree is my forthcoming Hard Case title, Sinner Man. A little light editing made them acceptable crime fiction for a contemporary body of listeners.

I did some light editing anyway, much of which consisted of reversing the helpful contributions of some unnamed editor at Nightstand Books. So here's Four Lives at the Crossroads, available for the first time since its initial appearance in 1962. I can but hope you'll enjoy it.