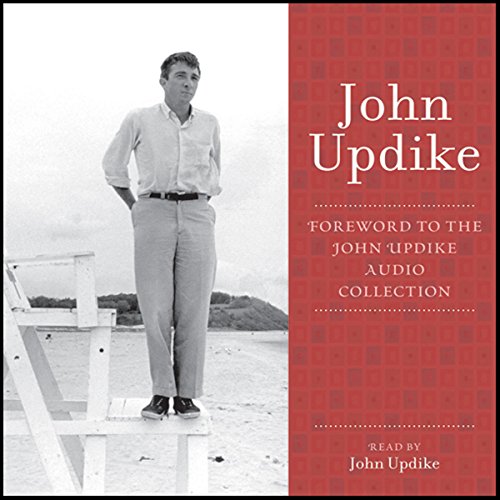 The author's foreward to the John Updike audio collection.

Updike's extraordinarily evocative stories depict the generation born in a small-town America during the Depression and growing up in a world where the old sexual morality was turned around and material comforts were easily had. Yet, as these stories reflect so accurately, life was still unsettling, and Updike chronicles telling moments both joyful and painful. The texts are taken from his recent omnibus, The Early Stories, 1953-1975.

In describing how he wrote these stories in a small, rented, smoke-filled office in Ipswitch, Massachusetts, he says, "I felt that I was packaging something as delicately pervasive as smoke, one box after another, in that room, where my only duty was to describe reality as it had come to me - to give the mundane its beautiful due."