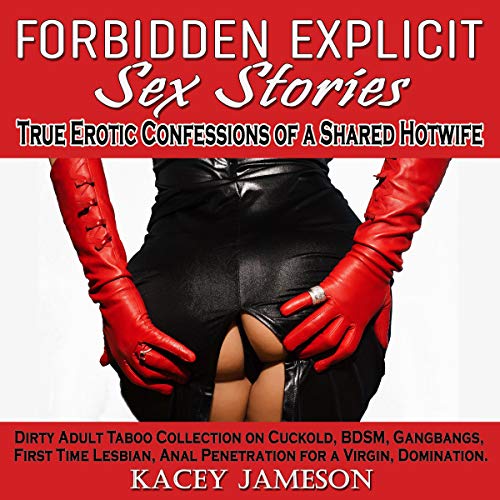 Do you want an audiobook to listen to before going to sleep, which tickles your most unrelenting instincts, getting you excited from the first to the last minute?

You are one step away from buying the right audiobook for you!

Kacey is a young, sexy, edgy grad student. She's got a good relationship with her boyfriend James, but things aren't going as well in bed as she'd like. One day, however, passion takes over while the two are in a park and from there everything changes...James confesses his secret and from there the couple begins to break every rule, giving vent to even the most extreme of their desires. What’s the secret? Find out by listening to Kacey's true confessions.

This audiobook includes a variety of perverse and exciting stories to satisfy your sinful secrets and hidden desires.

It is an audiobook suitable for both men and women who are looking for an audiobook with stronger content, and it is highly recommended for couples who want to give new life to their sexuality.

Buy now to unlock the hottest taboo sex stories you will ever listen to!