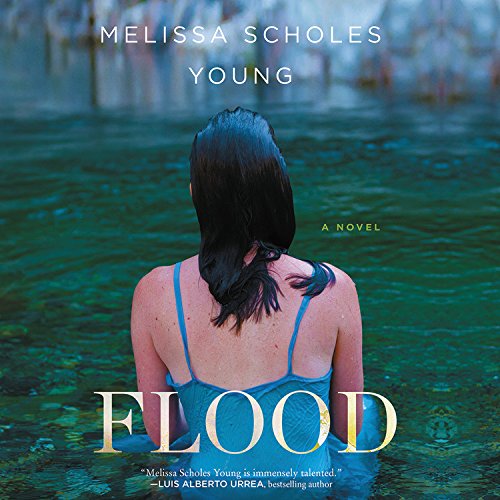 Winner of the Literary Fiction category for the 2017 Best Book Award.

A sparkling debut set in Mark Twain's boyhood town, Flood is a story of what it means to be lost...and found.

Laura Brooks fled her hometown of Hannibal, Missouri, 10 years ago after a historic flood and personal heartbreak. Now, she's returned unannounced, and her family and friends don't know what to make of it. She says she's just home for a brief visit and her high school reunion, but she's carrying too much luggage for that: literal and metaphorical.

Soon, Laura is embroiled in small-town affairs - the contentious divorce of her rowdy best friend, Rose; the campaign of her 12-year-old godson, Bobby, to become the town's official Tom Sawyer; and the renewed interest of the man Laura once thought she'd marry, Sammy McGuire.

Leaving town when she was 18 had been Laura's only option. She feared a stifling existence in a town ruled by its past, its mythological devotion to Mark Twain, and the economic and racial divide that runs as deep as the Mississippi River. She can't forget that fateful Fourth of July when the levees broke or the decisions that still haunt her. Now, as the Mississippi rises again, a deep wound threatens to reopen, and Laura must decide if running away once more might be the best way to save herself.

"Flood is a beautifully written novel that explores perennial questions of identity and belonging. I say perennial not because the novel beats a well-worth path, but because these questions are existential and urgent. Scholes Young is a thoughtful realist who creates a rich fictive dream without sacrificing character and voice. In Flood, she avoids the pitfalls of rural caricature by refusing the hyperbolic dialect and false cadences common in contemporary fiction that privileges place. Her characters come to life through patient accumulation not grotesque gesture. The prose is sharp, full of momentum, and yet restrained. There is no false nostalgia here, only complexity." (Stephanie Grant, author of The Passion of Alice and Map of Ireland)

"A dazzling work as wide and turbulent as the Mississippi itself. Flood delivers a seductive sense of belonging and intimacy before ultimately breaking your heart. Young takes on big themes of identity, family, and the idea of home with a riveting mix of honesty and enchantment." (Aline Ohanesian, author of Orhan's Inheritance)

"Scholes Young's pursuit [in Flood] is classic and eternal: 'the human heart in conflict with itself,' in William Faulkner's mighty phrase. In Scholes Young's hands, the conflict is waged with fierce consummate compassion and, finally, apocalyptic and enigmatic grace." (Ron Powers, Pulitzer Prize winning author, White Town Drowsing: Journeys to Hannibal, Dangerous Water: A Biography of the Boy Who Became Mark Twain, and Mark Twain: A Life)