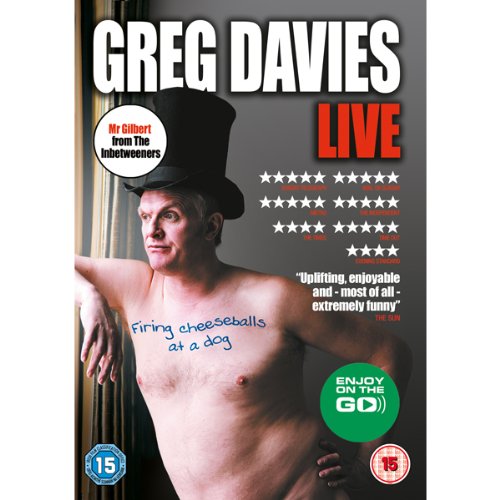 Firing Cheeseballs at a Dog

You’ll already know Greg Davies as Mr Gilbert, the psychotic Head of Sixth Form in 'The In-betweeners' (Channel 4) and 'The In-betweeners Movie', and as the most out-of-shape member of 'We Are Klang' (BBC Three).‘Firing Cheeseballs at a Dog’ is Greg’s hotly anticipated debut stand-up show. A critically lauded sell-out smash hit at the Edinburgh festival where it picked up a prestigious nomination for the Foster’s Comedy Award (formerly the Perrier) followed by a 100+ date, twice extended national tour. By spending months packing this show with hilarious content whilst simultaneously paying no attention to his diet or fitness levels Greg has ensured you're about to buy a show that is funny for the right and wrong reasons. Greg Davies has also appeared on 'Live at The Apollo', 'Have I Got News for You', and 'Ask Rhod Gilbert' (BBC One), 'Mock The Week', 'Never Mind the Buzzcocks' and Frank Skinner’s 'Opinionated' (BBC Two), and '8 Out of 10 Cats' (Channel 4).

Absolutely marvelous, funny, honest and moving. He's actually a real live Zaphod Beeblebrox, minus the third arm and extra head, or like a certain insect put it " you're so cool you should be in movies" And so he is.