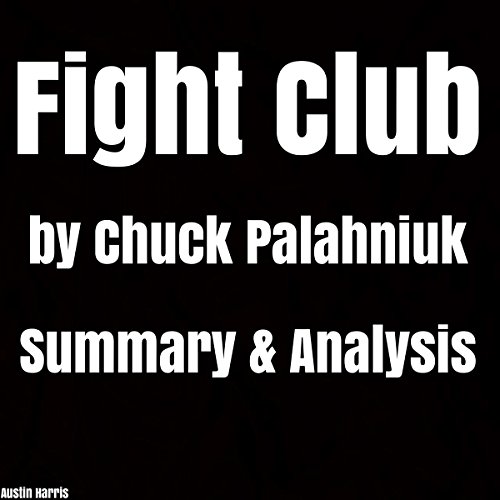 Fight Club centers on an anonymous narrator, who works as a product recall specialist for an unnamed car company. Because of the stress of his job and the jet lag brought upon by frequent business trips, he begins to suffer from recurring insomnia. When he seeks treatment, his doctor advises him to visit a support group victims to "see what real suffering is like". He finds that sharing the problems of others - despite not having testicular cancer himself - alleviates his insomnia.

The narrator's unique treatment works until he meets Marla Singer, another "tourist" who visits the support group under false pretenses. The possibly disturbed Marla reminds the narrator that he is a faker who does not belong there. He begins to hate Marla for keeping him from crying, and, therefore, from sleeping. After a confrontation, the two agree to attend separate support group meetings to avoid each other. The truce is uneasy, and the narrator's insomnia returns.

While on a nude beach, the narrator meets Tyler Durden, a charismatic extremist of mysterious means. After an explosion destroys the narrator's condominium, he asks to stay at Tyler's house. Tyler agrees, but asks for something in return: "I want you to hit me as hard as you can." Both men find that they enjoy the ensuing fistfight. They subsequently move in together and establish a "fight club", drawing numerous men with similar temperaments into bare-knuckle fighting matches.