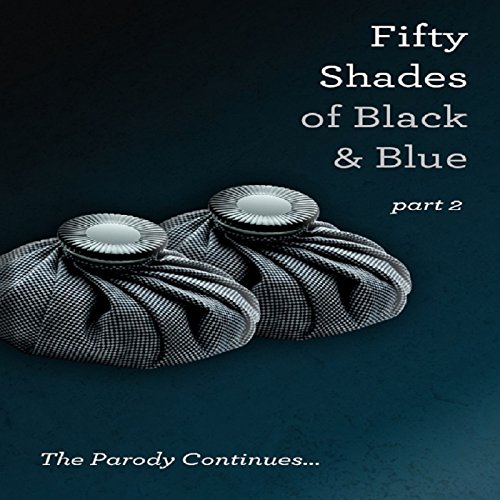 In Part 2 of this hilarious bestselling parody, Annabelle Stilletto from Jersey City, New Jersey reunites with her dream guy, the rich and handsome Vinnie Griso, the heir to the Vinnie's Auto Parts empire. After a magical evening with Vinnie at Trump Taj Mahal, where she actually meets The Donald Trump, Annabelle learns the dark secrets of Vinnie's past and the reasons for his strange obsessions.

While Annabelle is overjoyed to be back together with Vinnie, she is frightened by his dark past and the mysterious stranger who seems to be stalking her. When Vinnie invites her to his thirtieth birthday party at his mansion - and sends her on a shopping spree to buy a beautiful outfit for the party - she wonders if she and Vinnie are truly destined to be together. Or will she end up abandoned and "Fifty Shades of Black and Blue."