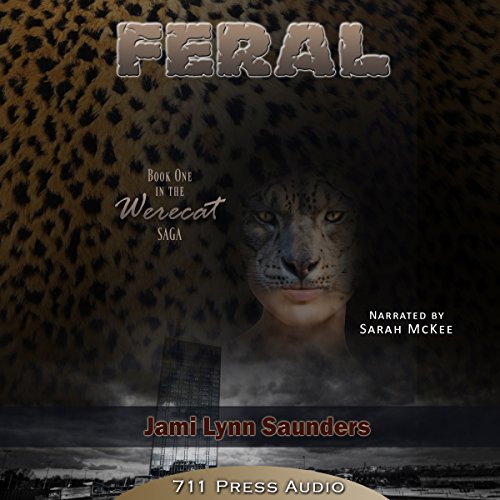 711 Press is a company with a unique twist on publishing: We release "movies & TV in book form". Listen to our thrilling, cinematic titles in the time it takes you to watch a movie or TV show.

Feral is part of a sci-fi/horror series in our Movie Book line.

Decades after what become known as the "Final Cataclysm", the few human survivors attempted to rebuild a world left in ruins by biological and nuclear warfare. Unfortunately, the effects of the biological weapon, which was based on a feline virus, genetically altered most surviving humans, resulting in two types of mutated creatures: the ferals - rage-infested, bloodthirsty monsters that are half human, half cat, and rabid for flesh - and werecats - humans who possess the ability to transform into a cat-like creature at will.

Seventeen-year-old Pippa Reyes, who discovers that she is a werecat, believes that her only chance of survival is to escape New York and travel across the barren lands of the United States to reach a safehold for her kind. With the aid of her friends, Aiden and Abby Hunter, the three teens head west, across a nearly destroyed terrain infested with ferals attempting to snatch their lives at every turn.