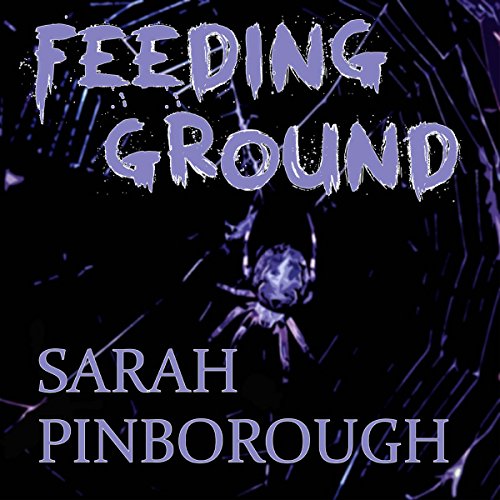 In an end-of-the-world thriller that blends The Rising with Aliens, Sarah Pinborough has crafted an aggressive story that moves quickly and efficiently. Though a sequel to Breeding Ground, Feeding Ground can be read alone, because it occurs within the same time frame as its predecessor, with a new cast, set in London. It's a fast-paced little gem that's a pleasure to read.

It's Blane Gentle-King's lucky day. A drug-dealing prince who rules a London apartment complex, he's languished the last three months in jail, accused of murder. His cellmate has worn his nerves wire-thin. He hungers for action, desperate to return to his urban kingdom. He has plans - big plans - which don't include going down on a murder-rap. He needs to get out. Soon.

Something has happened, however; things have changed. Over the past weeks, fewer and fewer guards have stalked the prison, and the prisoners' meals have dwindled to one a day. At first Blane fears he and everyone else will starve behind bars, until his right-hand man and childhood friend Charlie Nash shows up to spring him. When he finally gets out, Blane faces a likewise dwindling London, a bustling city now crowded only with a menacing silence. Things have changed, but rather than fear this, Blane senses his chance to become the king he's always wanted to be.

The women of his apartment complex have become...infected. Impregnated. They've given birth to hideous monstrosities; but these things are different than those scrambling over London. They were born of life-long crack addicts, and they've inherited their hosts' addiction. They crave not only flesh and human blood but drugs, also...and Blane Gentle-King has just become their main supplier.