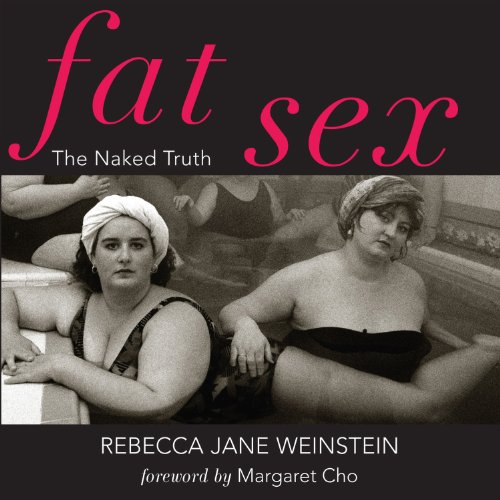 If there are two subjects that are universally fascinating and rife with controversy, they are sex and fat. Though our culture is obsessed with both, the two commingling are sometimes seen as offensive, obscene, or even grotesque. Fat people are not viewed as sexual beings. Of course, this perception is far from accurate. Fat people have normal and peculiar sex lives, just like everyone else.

A compilation of true stories, cultural references, and narrative commentary, Fat Sex: The Naked Truth tells the honest, and often heroic, heartbreaking, and hilarious experiences of large-size women and men in their romantic, intimate, and sexual relationships. Subjects touched on include heterosexual relationships, gay men and lesbian women, those who have gained and lost a great deal of weight, and the sexual "underground" such as fetishes. Although the people portrayed in Fat Sex: The Naked Truth sometimes face bigotry and experience shame - they are often valiant and live remarkably fulfilling lives. The stories are compelling and told with sensitivity and wit, connecting people on profoundly important aspects of their lives. This book is not just for large-size people. The stories and issues discussed touch all of us - each and every person who has ever experienced the trials and tribulations, as well as the ecstasies, of intimate relationships.