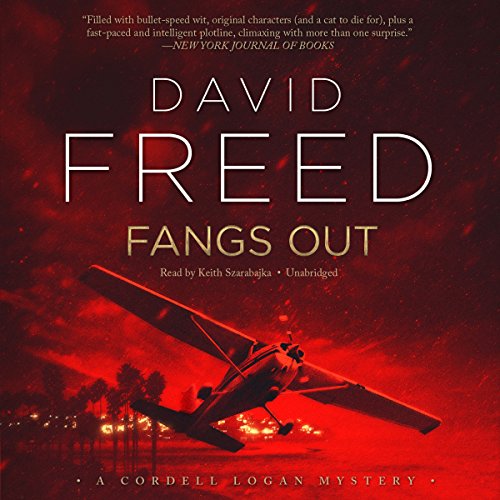 Moments before he is executed, the killer of the daughter of Hub Walker, a famous Vietnam War pilot and hero, makes a startling allegation, claiming that the real murderer is a close friend of Walker’s, a prominent U.S. defense contractor. Walker wants to hire somebody willing to spend a few days digging up information that will refute the convicted killer’s groundless but widely reported claims and will help restore his friend’s good name. That somebody, as fate would have it, is Cordell Logan, sardonic civilian flight instructor, would-be Buddhist, and retired military assassin.

A Medal of Honor recipient married to a former Playboy Playmate of the Year, Hub Walker resides in the swanky San Diego enclave of La Jolla overlooking the Pacific Ocean. Logan is convinced that working for Walker will be little more than a paid vacation - a chance not only to rub shoulders with a living legend but also to rekindle his own relationship with his enticing ex-wife, Savannah. But after flying to San Diego in his beloved aging Cessna, the Ruptured Duck, Logan is quickly drawn into a vexing and deadly jigsaw puzzle. The deeper he digs, the murkier the truth appears and the more danger he encounters. Who really killed the war hero’s daughter, and why? Somebody in "America’s Finest City" wants to keep Logan from asking questions and will stop at nothing to silence him.

"In Freed’s crackling second mystery…the appealing Logan, a wise-cracking, marriage-challenged loner trying to practice Buddhist tenets, proves his mettle as both pilot and investigator." ( Publishers Weekly)
"Cordell Logan, the Southern California flight instructor and former black-ops specialist, returns in his second adventure.… As in  Flat Spin, Freed combines an intriguing mystery with some engaging banter from the Spenser-like hero and several exciting flying scenes. When Logan is in the air, Freed’s series really takes off." ( Booklist
"Freed’s skills as a reporter, screenwriter, and pilot made his first Logan tale ( Flat Spin) a delight, and this one continues that roller-coaster pleasure. Logan is a stubborn, wise-cracking, ordinary guy with some extraordinary skills and a passion for flying. He does have a few problems following the Buddha’s precepts on nonviolence, but readers will eagerly look forward to his further attempts to combine flying and detection." ( Library Journal)

Here they come again: Cordell Logan and his plane, the "Ruptured Duck", but also Kiddiot and Mrs. Shmilowitz (uh, as audiobook-user I don't know if this spelling is right). Riveting story like "Flat Spin", I was hooked on from the beginning! The narrator does a good job, too, while not quite reaching Ray Porter's reading of "Flat Spin".