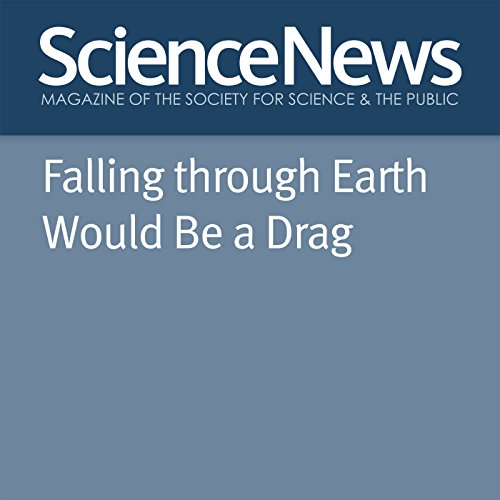 Falling through Earth Would Be a Drag

Falling down a hole through the center of the Earth would be rough - especially if there’s friction. A new study reveals what would happen to an intrepid traveler who jumped into a hypothetical tunnel through Earth, propelled by the force of gravity but impeded by air resistance and the friction of the tunnel walls. Physicists have estimated that if you jumped into a tunnel without such forms of drag, you would reach the other side in less than an hour. But with drag, it could be over a year before you reach Earth’s center - and you’d never make it to the other side.

"Falling through Earth Would Be a Drag" is from the August 6, 2016 issue of Science News.