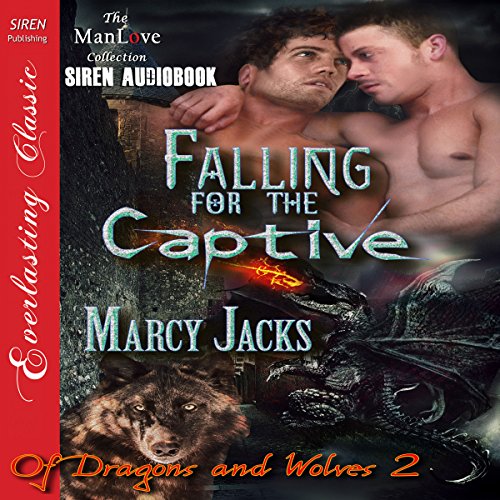 Falling for the Captive

Falling for the Captive

Beta wolf Tom Parker only wanted to protect his little brother. He didn't want to work for dragon hunting Templars. To make matters worse, one of the dragons he brought in is his destined mate.

Grant Hamilton is disgusted when a wolf comes to him for sex, although he cannot deny the lust he feels for Tom, who is handsome, so he will play along simply for the pleasure. But he also cannot deny the urge to protect Tom when the wolf helps him escape. Now Tom is a captive amongst the dragons, and though he has his brother back, he is miserable because the mating is one sided, and Grant's entire clan hates his existence. Though Grant tries to stay away, he cannot, and when he learns that Tom mated with him before being ordered to by the Templars, he will do everything in his power to make up for bad behavior.