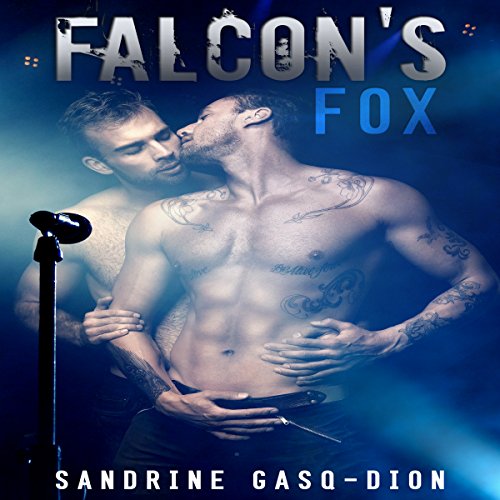 Heavy metal rocker Ransom Fox has everything he's always wanted: fame, money, groupies, and a family who has his back. There's just one thing missing - someone to love. Since he was a young teen, Ransom has had eyes for only one man, a movie star he knows he'll never meet. Dying dream, meet trite cliché: Never say never. Now that Ransom and his band have hit it big, they're rubbing elbows with celebrities all the time - including a certain handsome Italian actor. A trip to California launches Ransom directly into Sal Falco's orbit. Unable to resist the gravitational pull, the men find themselves in each other's arms, beginning a clandestine relationship. As an actor who makes his living as every woman's dream, Sal has a custom-made closet to stay in. Ransom knows his love life will need to remain secret, one he'll happily keep for the man who is even better than his best fantasies. Sal Falco has been hiding his sexuality for years, but a spine-tingling run-in with sexy Ransom Fox has him thinking that keeping secrets is a lot of work with no payoff. When Sal offers to put Ransom up during his trip to California, even a mansion isn't big enough to keep him from the sexy rocker. Things heat up in a hurry; hell, the Earth moves. How do you argue with a sign like that? Sal finally gets a taste of his heavy metal heartthrob - and happiness. Welcome back our friend the cliché: The path of true love never does run smooth. Sal is dealt a devastating blow, one which just might mean the end of his career as well as his new relationship. Ransom has never backed down from a fight and sure as hell doesn't plan to start now. The chase is on. Will the Falcon get his Fox for good?