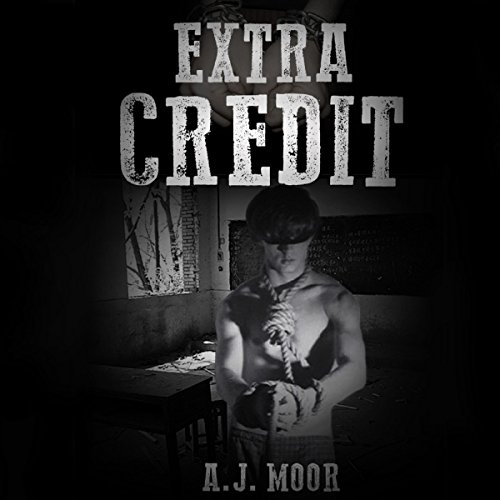 Cameron is a cute high school prep student who recently turned 18 and is getting ready to graduate. Dr. Davis is a hot history professor who sees he has little choice but to fail this attractive, but not very bright, young man. The tension builds between the two handsome guys until Dr. Davis makes a proposal his youthful student can't refuse:

"If you want to pass my class, you have to do something for me."

"I'll do anything," Cameron replied, his eyes growing wide with fear and excitement.

"You're not a very good student, Cameron, and you need to be punished. Come to my house tonight. If you're willing to submit to a punishment, you'll pass. If it's too much for you, though, you'll fail. What do you say?"

Cameron thought for a moment, and he held to the ironic idea that his failing this class might actually be the most fortunate event of his life. He was growing stiff as he stared back into his professor's intense, deep blue eyes.

What ensues is some hot and breathtaking bondage, flogging, and tickling that Cameron thinks might send him over the edge and beyond the brink of insanity. And yet, these two men's desire for each other fuels the passion between them and only makes for an even more extreme bondage and discipline scenario. Cameron feels he can deal with the punishment so far, but when Dr. Davis throws a curve ball the young man isn't expecting, the spice of this fiery romance grows still hotter. You won't believe what Dr. Davis demands that Cameron do.