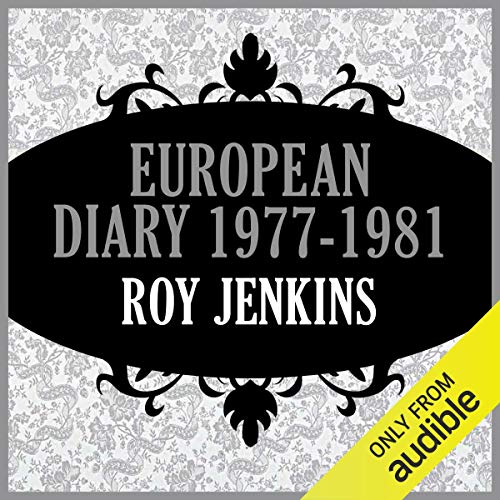 This diary provides the background to two vital issues: our relations with the European Community and the state of politics in Britain. Few people are better qualified to know how we arrived where we are than the late Roy Jenkins. During the period of this diary, he was president of the European Commission. The diary provides a picture of the day-to-day life of the head of an international organization, of the conflicting pressures and grinding routine, and of the importance of personal relationships with world leaders such as Helmut Schmidt, Valéry Giscard d'Estaing, James Callaghan, Margaret Thatcher, Willy Brandt, and Jimmy Carter.

In addition to the political chronicle, we have frank and sometimes unguarded revelations about the author, his tastes and preoccupations, from which emerges a man more imbued with public passion, more eccentric and with a more varied private life than many listeners may expect. His subtle perception of people is revealed in brilliant portraits of, for example, Schmidt (pessimistic, streaked with melancholy, indiscreet, and yet notably constructive) and Giscard d'Estaing (highly intelligent but with pretentions that sometimes make him faintly ludicrous).

For those concerned with the way the world is developing and the impact of a civilized and essentially private personality on public events, European Diary is compulsory listening.

Elected to Parliament as a Labour member in 1948, Jenkins (1920- 2003) served in several major posts in Harold Wilson's First Government and as Home Secretary from 1965-67. In 1987, Jenkins was elected to succeed Harold Macmillan as Chancellor of the University of Oxford. Jenkins grew to political maturity during the twilight of a great age of British parliamentary democracy. As much as Churchill, though in quite a different way, Jenkins has been from the cradle a creature of the system that nurtured Palmerston and Disraeli, Gladstone, Asquith, and Lloyd George.