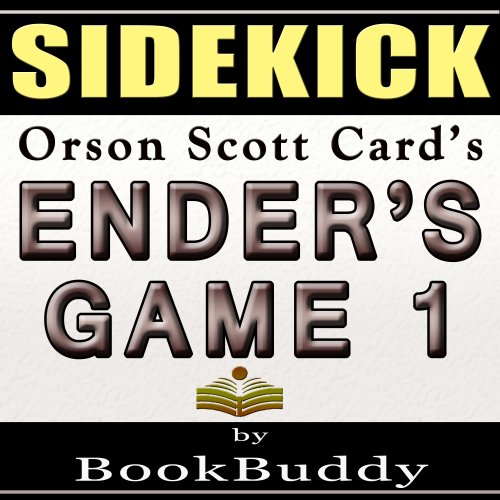 Note: Our sidekick is an accompaniment to Ender's Game and not the novel itself. While it will greatly enhance your enjoyment and understanding of the book, it is not intended to stand in its place.

Fifty years after an alien race known as the Buggers nearly invaded Earth, the government has come to rely on gifted young children to be their military strategists. In Ender's Game, bright young Ender Wiggen is whisked off to battle school to learn all about military strategy and prepare for another invasion. Unfortunately, school is just a dangerous game, and Ender knows it. Consider this sidekick your comprehensive companion to Ender's Game. Within, you'll find a detailed look at this sci-fi literary classic, with information on everything from the setting to the novel's themes.

The writing style and setting analyses delve into author Orson Scott Card's terse, almost militaristic writing style and the speculative world he's created, where the Cold War never really ended and tensions between America and the so-called Warsaw Pact (the fictional equivalent of the Soviet bloc) are second in intensity only to the fear of another alien invasion. A character reference list and key character breakdown help you keep track of Ender's enemies and allies and understand major figures in Ender's Game. The chapter summaries and analyses guide you along the way to understanding this complex piece. Lastly, book club discussion questions, complete with responses, help spark additional debate.