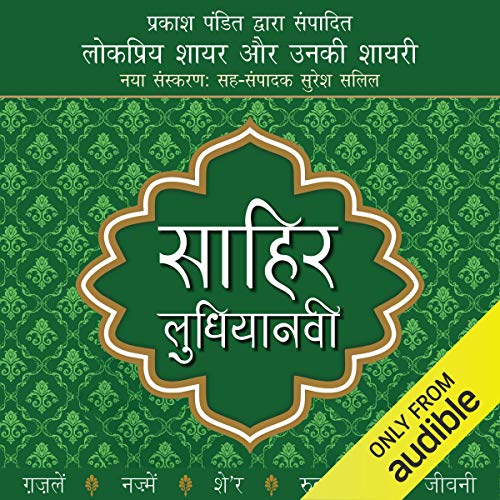 This book is about Sahir Ludhianvi, one of the greatest poets and lyricists of Hindi films. Sahir Ludhianvi, whose original name was Abdul Hayee, wrote poems that were different from his contemporaries who limited themselves to singing paeans on god, beauty, or wine. Instead, his poems were about other things: declining values of society, the meaninglessness of war and the subsummation of love by consumerism.

Sahir’s poetry gave the youth of the 1940s, 1950s and 1960s a cerebral element which managed to catch their imagination and which also reflected the feelings of the people of that age. He could rouse people from stupor that was brought on by the complacency of Independence and made them think and care deeply for the nation and its people.

There is a bit of melancholy that permeates his entire oeuvre, which is a natural hallmark of a poet who thinks for you and me and for everybody. If you appreciate poetry at its finest, this book is definitely for you.

Please note: This audiobook is in Hindi.