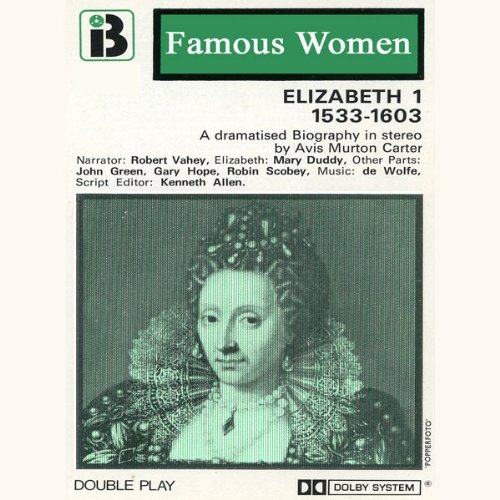 From her controversial coronation to her heirless death, Elizabeth I remains among the most captivating monarchs in English history. Over the course of her lengthy tenure, Elizabeth stabilized the Crown and expanded her country’s sphere of economic, cultural, and political influence. Her reign ushered in the English Renaissance and cemented the victory of Anglicanism over Catholicism. On the seas, England flexed its military muscle with a resounding defeat of the Spanish Armada, paving the way for New World exploration, naval dominance, and, ultimately, empire. With flowing eloquence, Robert Vahey oversees this biography of the Virgin Queen, which combines primary-source documents and vivid reenactments. Featuring an ensemble cast, atmospheric sound effects, and a regal soundtrack, this production is as rich and varied as Elizabeth’s reign.

Queen Elizabeth's court continually buzzed with intrigue and was divided by jealously. She was vigorous, variable and vain. The year 1588 was to see Elizabeth at her best, when, as a "Warrior Queen", she addressed her forces at Tilbury, even as Spain's mighty and so-called invincible Armada sailed up the English Channel. Hers was the reign of the great sea captains - Drake and Raleigh, Hawkins and Greville - and of the brilliant dramatists: Shakespeare, Marlowe, and Ben Johnson. She was one of England's greatest rulers. And her legacy lives on in the legendary term "Elizabethan".
©1976 Avis Murton Carter (P)1976 Ivan and Inge Berg
Geschichte
Mehr anzeigen Weniger anzeigen