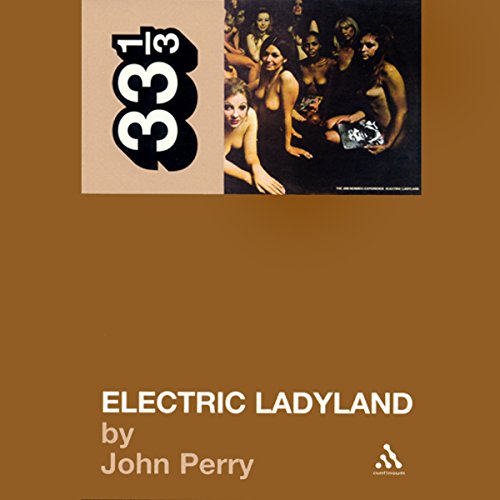 Part of the celebrated 33 1/3 series, Electric Ladyland, Jimi Hendrix Experience by John Perry gives listeners access to the detailed context and content of Jimi Hendrix's multilayered and virtuosic third album. Victor Villar Hauser's lilting British accent draws listeners in to the London of late 1960s, where Hendrix got his first shot at fame. With a short biography, an explication of the songs on the album, and Perry's own memories of seeing Hendrix live during this time period, Electric Ladyland is a celebration of a truly great musician by a guitarist and writer who clearly gives Hendrix the reverence he deserves.

Electric Ladyland is one of the greatest guitar albums ever made. During the recording process, Jimi Hendrix at last had time and creative freedom to pursue the sounds he was looking for. In this remarkable and entertaining book, John Perry gets to the heart of Hendrix's unique talent - guiding the reader through each song on the album, writing vividly about Hendrix's live performances, and talking to several of Hendrix's peers and contemporaries.
©2004 John Perry (P)2009 Audible, Inc.