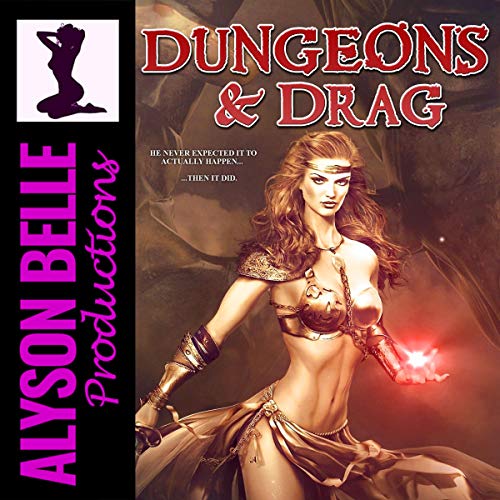 It's the hottest game of D&D this group has ever played before, and it just got a little too real....

Andy Price is an average, nerdy gamer who likes to get together with his three best friends and play Dungeons and Dragons now and again, and his favorite characters to play as are busty bimbo seductresses...but only because he thinks it's funny.

But when his pal James gets tired of being the DM and decides to try a special module that can "DM for the group", all of them get sucked into a magical fantasy realm where they're forced to play as their characters!

Now, instead of cracking jokes, Andy finds that he actually has to get to...erm, "work"...using his newfound sexy seductress skills. Can he beat the module's challenges and rescue his group from this weird realm of terror, or will he be captured and sacrificed while stuck in the helpless body of this naughty, charisma-heavy bimbo?