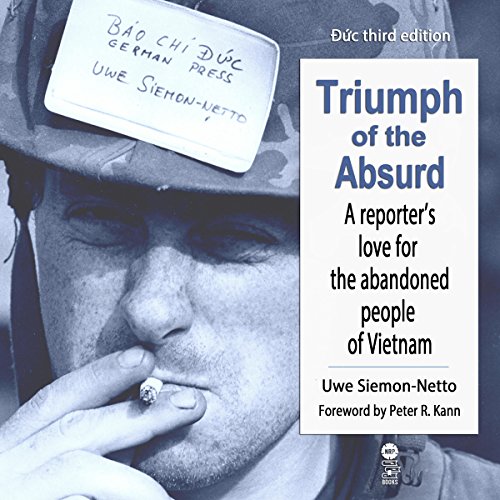 Almost half a century ago, a young reporter from Germany arrived in still-glamorous Saigon to cover the Vietnam War over a period of five years. In this memoir, he tells the story of how he fell in love with the Vietnamese people. He praises the beauty, elegance, and feistiness of their women. He describes blood-curdling Communist atrocities and fierce combat scenes he witnessed. He introduces a striking array of characters: heroes, villains, statesmen and spooks, hilarious eccentrics, street urchins, and orphans herding water buffalos.

He shows how professional malpractice by US media stars, such as Walter Cronkite, turned the military victory of American and South Vietnamese forces during the 1968 Tet Offensive into a political defeat. He mourns the countless innocent victims of the Communist conquest of South Vietnam, which was the grim consequence of its abandonment by the United States. Thus, he argues, the wrong side won. Finally, with the eyes on Afghanistan, he poses a harrowing question: Are democratic societies, with their proclivity for self-indulgence, politically and psychologically equipped to win a protracted war against a totalitarian foe?

The author clearly states his partiality with the South Vietnamese at the very beginning of the book and throughout. He also substantiates his position with observations all along. It becomes clear that he is a dutiful journalist, looking under the rug. His opinions seem reasonable, if perhaps less questioning of the virtues and practices of the Southern government. Regardless, it is a riveting account of a journalist's hair-raising experiences during the war.

The narration is brilliant, even if it butchers the French language from time to time. But, with four different languages being used in the book, one has to choose one's battles... Thoroughly enjoyable overall!! Five Stars!