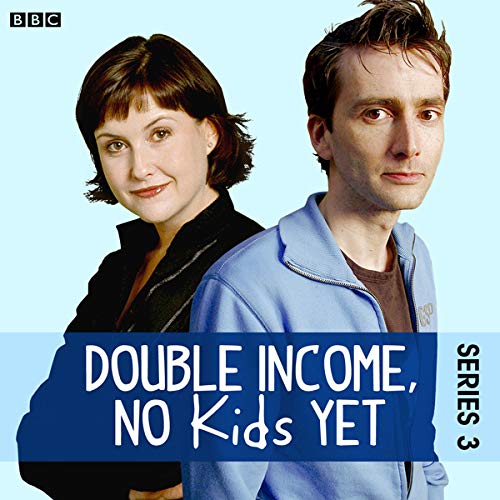 Double Income, No Kids Yet: The Complete Series 3

David Tennant (Doctor Who) and Liz Carling (Casualty) star in the sitcom about a young couple, Daniel and Lucy, and their circle of friends.

In the third series, Katy's a mum at last, Daniel's got a new job, but Lucy's jealous. Daniel and Lucy rethink their priorities on a golfing break with their awful friends. And change is all around, but Lucy doesn't realise that Daniel can't keep secrets. Pregnant Lucy must also break the news to her parents, Daniel gets a taste of fatherhood, and have Daniel and Lucy finally had enough of dealing with other people's problems? This series was first broadcast in 2003.