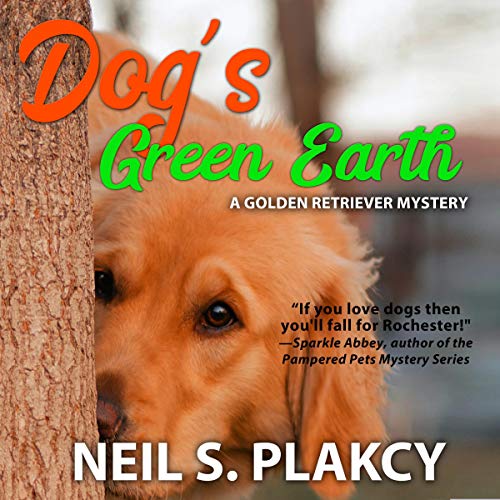 A murder in Steve Levitan’s gated community is bad enough - but when someone puts out rat poison that innocent dogs could consume, he’s fired up to track down the villain and make his world safe for people and their canine companions.

With over 20,000 trade paperbacks and e-books sold, and hundreds of glowing reviews, it’s clear that Rochester, the hero of Neil Plakcy’s Golden Retriever Mysteries, has captured the hearts of dog lovers and mystery fans.

When his golden retriever Rochester discovers a body during one of their nightly walks, reformed computer hacker Steve Levitan must look to his neighbors for suspects. Could a killer be lurking along the oak-lined streets?

Steve inherited his townhome from his father, and it’s more than just a house to him - it’s the place where he recovered from the loss of two miscarried babies, the pain of losing his parents and the misery of his brief incarceration. Now that he has a new sweetheart, and a loving dog, protecting his home is even more important.

Could someone in the homeowner’s association be sabotaging efforts to keep River Bend a well-maintained place to live? It’s up to Steve and Rochester to dig up the clues to bring a murderer to justice, and protect the place they call home.