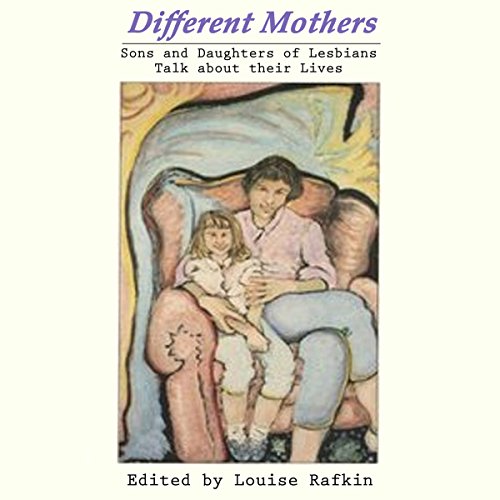 Ranging in age from six to 40, 38 sons and daughters of lesbians offer brief essays that could be valuable to like offspring, as well as to relatives and friends trying to understand the problems such children face. Homophobia, visited upon the children as well as their mothers, is the most commonly cited concern; some younger contributors feel isolated from their peers, and a couple of boys endure rejection from radical lesbian acquaintances. Despite such difficulties, many contributors enjoy close relationships with their mothers and are happy in their unconventional homes.

For older children, their own sexual orientation is an issue, and there is occasional resentment engendered by a parent's coming out - "Growing up is a hard enough thing to do," says one young woman.

Rafkin edited Different Daughters: A Book by Mothers of Lesbians.