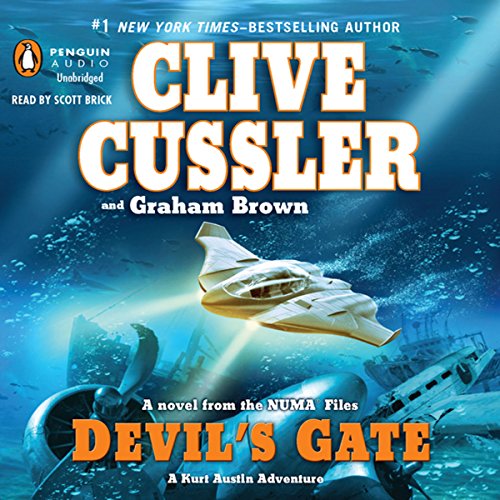 A Japanese cargo ship cruises the eastern Atlantic near the Azores- when it bursts into flames. A gang of pirates speeds to take advantage of the disaster - when their boat explodes. What is happening in that part of the world? As Kurt Austin, Joe Zavala, and the rest of the NUMA(r) Special Assignments Team rush to investigate, they find themselves drawn into the extraordinary ambitions of an African dictator, the creation of a weapon of almost mythical power, and an unimaginably audacious plan to extort the world's major nations. Their penalty for refusal? The destruction of their greatest cities.

Filled with the high-stakes suspense and boundless invention unique to Cussler, Devil's Gate is one of the most thrilling novels yet from the grand master of adventure.