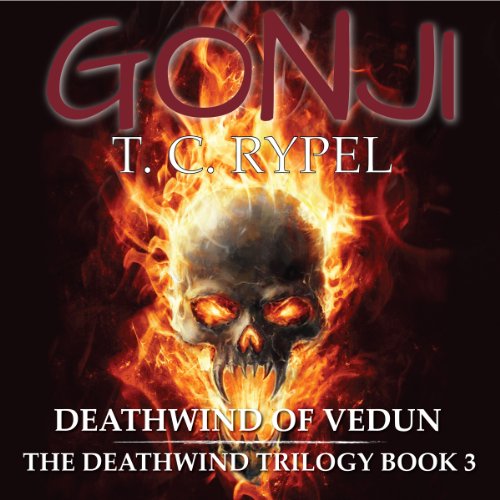 The Book of Death...and of Life. The Carpathian city of Vedun is poised for holocaust: Terrifying monsters, vile magic, and brutal mercenaries are arrayed against the anxious secret militia by the multiple-lived King Klann. Vedun's new military leader - the half-breed samurai, Gonji - must seek the aid of the powerful nightmarish creature, Simon Sardonis, who shuns all mankind. But when the inevitable clash explodes, when the ghastly struggle to protect and evacuate hundreds of innocents begins, will Gonji's efforts be enough? Will treachery prove the city's undoing? Can any remnant of a ravaged and brutalized populace be saved from the horror? Or will Gonji's now passionately embraced quest abruptly end with the...DEATHWIND OF VEDUN? The startling conclusion to a great epic fantasy trilogy!