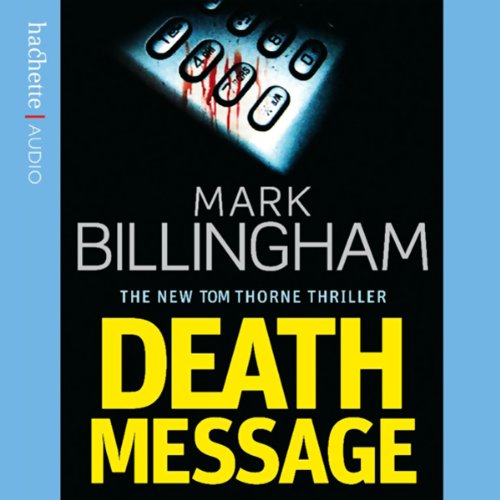 "Delivering the death message". That's what coppers call it when they have to tell someone that a loved one has been killed. Now DI Tom Thorne is receiving messages of his own: photos of murder victims sent to his mobile phone.

The killer is quickly identified as a man just released from prison - someone who believes he has nothing left to live for. But why is he sending these pictures to Thorne? The answer lies in Thorne's past, with a man he himself sent away, for life. Even behind bars, the most vicious psychopath Thorne has ever faced is still a master at manipulating others to do his dirty work for him. Particularly his killings.

A gripping tour-de-force by one of Britain's most compelling crime writers, Death Message is an unforgettable novel.

'As pacy as ever, this confirms Billingham's status as the only crime writer capable of snapping at Rankin's heels' ( Elle)
'Thorne is unquestionably a challenger for the crown currently held by Rankin's Rebus, and before that by Dexter's Morse' ( Sunday Express)
'This is the seventh book in the series, and it is good to find that it lives up to the promise of its predecessors... Well-plotted, high quality stuff' ( Guardian)'Gripping... Taut, tense and disturbing' ( The Times)